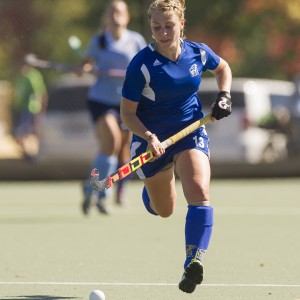 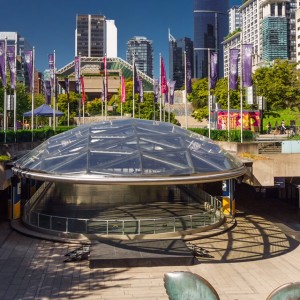 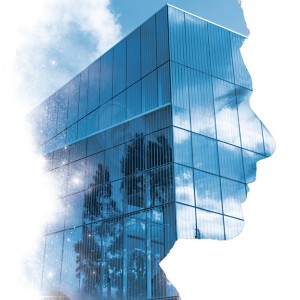 There have been many historic moments over the past 100 years. Here are some of the highlights of a century of transformation.

“The University shall… provide for: Such instruction in all branches of liberal education as may enable students to become proficient in… science, commerce, arts, literature, law, medicine, and all other branches of knowledge…” — from the British Columbia University Act of 1908

This Centennial offers the occasion to celebrate a century of success, and to rededicate ourselves to the goals of an exceptional learning environment, true global citizenship, a civil and sustainable society, and a program of outstanding research, all in the service of the people of British Columbia, Canada, and the world.

UBC’s reach spans the globe. We invite our entire community—alumni, students, staff, faculty, friends, neighbours, donors and partners—to take their place, share their memories and add a pin to the map.

There are many public events and initiatives planned over our Centennial year. Check out the latest UBC100 news and events.

The Duke and Duchess of Cambridge visited UBC's Okanagan Campus on Tuesday, September 27, as part of their 2016 Tour of Canada. The visit included: - A public ceremony in...

A Vancouver-born biomedical researcher who is a pioneer in experimental medicine with an established track record as a senior leader at U.S. universities has become the 15th President and Vice...

Ten gifted students from around the world who have risen from challenging circumstances and given back through volunteering have been named Centennial Leaders award recipients by UBC. These recipients will...

Beyond the Cap and Gown

An exhibit curated by the students of ANTH 431/518 “Museum Methods”.

UBC to welcome royal couple at its Okanagan campus

The Duke and Duchess of Cambridge will visit UBC's Okanagan Campus on Tuesday, September 27, as part of their 2016 Tour of Canada. Visit UBC Okanagan Royal Visit for...

The Museum of Anthropology is home to a First Nations carving “Raven and the First Man” created by Bill Reid. It was featured on the old Canadian $20 bill.

UBC was Canada’s first Fair Trade campus. The amount of fair trade coffee consumed on campus each year is 8,975 kg or about 583,375 cups.

UBC Point Grey campus holds the honour of being the only venue in the world to host the Olympics, Paralympics, and Special Olympics.

In 1968 Associate Professor of Zoology, David Suzuki, led the lobby for the first campus bar, The Pit Pub.

The Thunderbirds basketball team took on the Harlem Globetrotters in January 1946, and won.

UBC’s Vancouver campus is undergoing one of the largest steam to hot water conversions in North America; once completed, the Academic District Energy System will heat approximately 130 buildings on campus; lower the University’s carbon footprint by 22%; and decrease operational and energy costs by $5.5 million per year.

The cyclotron particle accelerator at TRIUMF is the largest in the world, accelerating 1,000 trillion particles per second to speeds of 224,000 km/s.

The UBC Skatepark is the first university campus skatepark in North America.

The Charles E. Fipke Centre on the Okanagan campus was the first laboratory building in Canada to earn five Green Globes for sustainability which is equivalent to a LEED (Leadership in Energy & Environmental Design) Platinum rating.

The Ladner clock tower was constructed in 1968 with funds from Dr. Leon Ladner and his family. The clock tower honours the history of pioneering families in British Columbia, including the Ladner family, after whom the town of Ladner, an area of Delta, British Columbia, is named. The tower is 123 feet high, has four seven-foot wide faces, and houses a 330-bell carillion

Coincident with the introduction of U-Pass daily transit trips to and from the Point Grey campus increased by 263% from 2002 to 2013.

The UBC Engineers have hung a Volkswagen Beetle off three different bridges and put one on top of the Ladner Clock Tower twice.

Kim Campbell, who became Canada’s 19th (and first female) Prime Minister in 1993, is a UBC alumna.

In 2011, two new student residences in Totem Park were named after nearby Musqueam heritage sites: q̓ələχən was a strategic war fortification site and həm̓ləsəm̓ was a site of transformation, where it is said a greedy individual was turned to rock.

UBC Thunderbird teams have won a total of 98 Canadian Inter university Sport Championships –the best record of any university in Canada.

The recently constructed Hangar Fitness & Wellness Centre on the Okanagan campus resembles the curved wing of an aircraft.

The UBC Thunderbird sports teams were nearly called the Seagulls? Back in 1933, when UBC’s teams still had no name, the student paper, the Ubyssey, ran a name-the-team contest and the winner, as voted on by the students, was Seagulls! The paper’s sports editor decided this was a ridiculous name (though there are lots of seagulls in Vancouver) and so another contest was held. The premise seems to have been that the students should keep voting until they picked the right candidate.

Among current or former faculty and alumni UBC has 10 3M National Teaching Fellows.

The Peter Wall Institute for Advanced Studies is one of only 30 similar institutes worldwide, which make up the University-Based Institutes for Advanced Study (UBIAS) network? UBIAS are associated with or embedded within a university, and actively contribute to the academic culture and the scientific achievements of their home university. By offering various fellowship programs on different academic levels (junior and senior researchers), UBIAS institutes bring together outstanding researchers from different disciplines, nationalities and academic backgrounds, creating a productive environment for innovative research.

The xʷməθkʷəy̓əm (Musqueam) house post outside of Allard Hall depicts qiyəplenəxʷ (Capilano), who was recognized for leading the Musqueam people in defending their territory, laws and customs.

Among current or former faculty and alumni there are 195 Royal Society of Canada members.

The design of the Chan Centre’s concert hall was inspired by the cello.

The Okanagan Campus is heated and cooled by a geothermal system making the campus virtually emissions free.

UBC was the first Canadian university to achieve targets set out in the Kyoto protocol.

UBC has hosted international students from a total of 149 different countries (and counting).

Among current or former faculty and Alumni, UBC has been home to 69 Rhodes Scholars.

Tennessee Williams was an artist in residence at UBC, circa 1980. He was, by all accounts, very brilliant and often inebriated.

The Nitobe Memorial Garden follows traditional principles of yin and yang, and its layout conforms to the map of the Milky Way.

In 2010 UBC Okanagan campus doubled its land area with purchase of 103.6 hectares (256 acres) of land from the City of Kelowna.

Psychology was initially introduced as a single course and was offered by the Department of Philosophy in 1915. The most popular undergraduate Major at UBC, Psychology currently has over 1700 students working toward their BA degree and over 120 studying for their BSc. During the 2013 academic year, more than 13,500 UBC undergraduates took at least one of our 52 courses.

The CIRS Building (Centre for Interactive Research on Sustainability)‘s water is 100% supplied by rainwater;  also sequesters 600 tons of carbon dioxide in its structure; reduces campus energy by 275 megawatt-hours per year; and reduces campus carbon dioxide emissions by 150 tons each year.