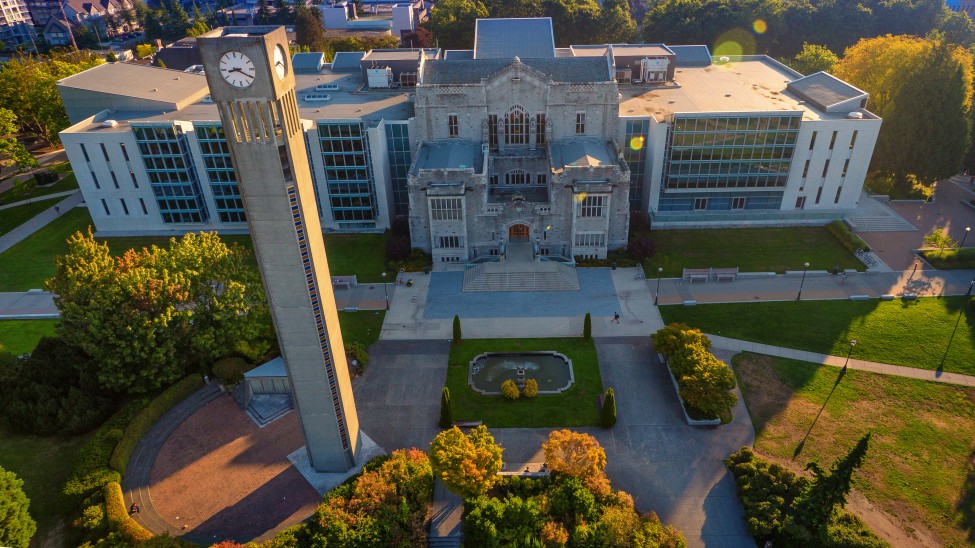 UBC awards honorary degrees in recognition of substantial contributions to society at the provincial, national or international levels. The 13 recipients will receive their degrees during UBC’s spring congregation ceremonies, held in Vancouver May 25 to 27 and May 30 to June 1.

Roch Carrier, best known as the author of Le Chandail (The Hockey Sweater), written in 1979, is a champion of Canadian bilingualism. He was head of the Canada Council for the Arts 1994 to 1997, National Librarian of Canada 1991 to 2004, and became an Officer of the Order of Canada in 1999.

James Ehnes, an internationally renowned Canadian violinist, is a celebrated classical musician who regularly appears in the world’s great concert halls. His awards include nine Junos and a Grammy Award. He is a member of the Order of Canada, an Honorary Member of the Royal Academy of Music, and the youngest Fellow ever elected to the Royal Society of Canada.

Chantal Hébert, is a respected journalist, author and commentator working in both official languages in print, television and radio. A columnist with The London Free Press, Ottawa Citizen, Le Devoir and L’Actualité, her books have been shortlisted for the 2008 Edna Staebler Award for Creative Non-Fiction and the 2015 Shaughnessy Cohen Prize for Political Writing. She was named an Officer of the Order of Canada in 2012.

Michael Koerner, a respected business leader, has devoted more than 40 years to supporting the arts in Canada as a volunteer and through his Koerner Foundation. The Art Gallery of Ontario, the Toronto Symphony Orchestra, the National Ballet School, the Ontario Arts Council Foundation and the Royal Conservatory of Music have all benefited from his business expertise and support. He is a member of the Order of Canada.

Brandt Louie is an influential business leader and philanthropist whose support has been felt by a wide spectrum community groups, educational institutions and organizations. Chairman and CEO of HY Louise Company Ltd and London Drugs, he served two terms as Chancellor of Simon Fraser University, and was awarded the Order of British Columbia in 2009.

Stephen Jarislowsky, founder and chairman of the investment management firm Jarislowsky, Fraser Limited, is an advocate for responsible corporate government practices and a strong supporter of education, having endowed more than 23 university chairs across Canada. A Companion of the Order of Canada, at the age of 90 he still goes into the office every day.

Arthur McDonald, winner of the 2015 Nobel Prize in Physics, is among the world’s leading physicists. Currently the University Research Chair for Queen’s University, his work on sub-atomic particles has been recognized with multiple awards, including the Order of Canada, the Benjamin Franklin Medal in Physics and the Royal Society of Canada’s Henry Marshall Tory Medal.

Sanjaya Rajaram, former director of the International Maize and Wheat Improvement Centre, is a plant scientist whose impact has been felt by farmers and consumers across the globe. In 2014 he was awarded the prestigious World Food Prize for his work developing hardier wheat varieties, leading to better global food security.

Mary Simon, former producer and announcer for CBC North, has been a champion of the Inuit voice for more than three decades. One of the senior Inuit negotiators during the repatriation of the Canadian Constitution, she has played many important roles, including negotiating the creation of an eight-country Arctic Council. She is the recipient of the Order of Canada, National Order of Quebec, the National Aboriginal Achievement Award and Gold Medal of the Royal Canadian Geographical Society, among other recognitions.

Dr. Calvin Stiller, a medical scientist, has had a tremendous impact on Canadian healthcare. His work on anti-rejection drugs and diabetes has revolutionized international research and best practices. His awards include the MEDEC award, the Queen’s Jubilee Award, the Lifetime Achievement Award from the Canadian Society of Transplantation and the Gairdner Foundation Wightman Award. He is a member of the Order of Ontario, and an officer of the Order of Canada.

Hayley Wickenheiser is one of Canada’s most celebrated Olympians, with four gold and one silver medal for hockey—the most Gold medals of any Canadian athlete. The first woman to score a goal in a men’s professional league, she also represented Canada once in the Summer Olympics in softball. Her work with organizations such as Right to Play, Kidsport, Jumpstart, Project North and Ovarian Cancer Canada have made her a role model, mentor and leader to young woman across the country.