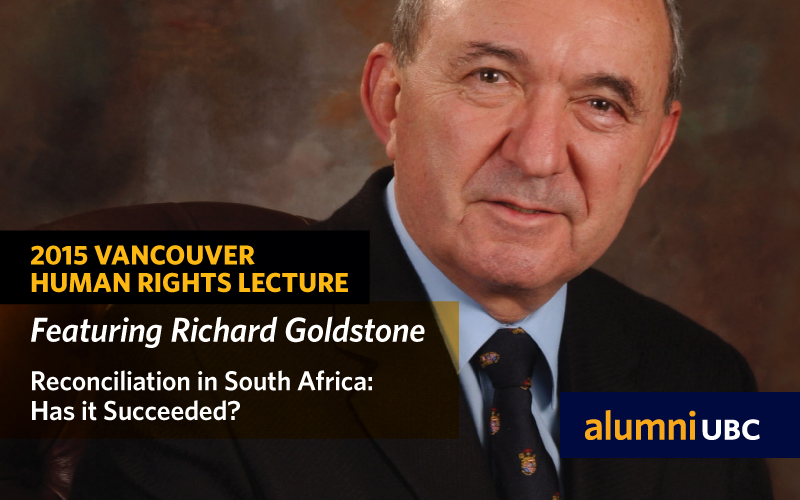 In this year’s Vancouver Human Rights lecture, Richard Goldstone discusses the successes and failures of reconciliation in post-Apartheid South Africa. After the racial oppression of the majority of South Africans by a white minority for almost 350 years, Apartheid came to a relatively peaceful end in 1994, with Nelson Mandela as the first democratically elected South African head of state.

One of the momentous debates at that time concerned the reconciliation of South Africans and particularly the place of white South Africans in the new political dispensation. The two poles of this discussion were, on the one side, Nuremberg style trials for the leading Apartheid perpetrators and, on the other, a blanket amnesty for them. The political and moral compromise was the Truth and Reconciliation Commission (TRC).

The lecture describes the work of the TRC, considers its successes and failures, and assesses the state of reconciliation twenty-one years after the end of Apartheid.

This event is free of charge but advance registration is required.

Presented by UBC Continuing Studies, CBC Radio One, and The Laurier Institution, in partnership with alumni UBC.